Nathanael Preston and Daniel Lane of Preston Lane are among the speakers in the annual Contemporary Architecture Series at the NGA. Photo: Supplied.

Can a building be a work of art? And if it is art, can it also be liveable, useful and beautiful?

For more than 20 years, the ACT Chapter of the Australian Institute of Architects and the National Gallery have partnered for a series of discussions with the best contemporary architects of their generation.

And while the past couple of years have forced the series online, in a way it’s been very positive: it has given people in Australia and around the world a chance to participate, to broaden the audience base. and think about the great opportunity to engage with the best new ideas.

â€œThis year’s series is really interesting where we focus on big ideas around sustainability, public spaces and how architecture can transform your space and give you a purpose,â€ he says. .

â€œWe used to take our homes for granted, but we live and work at home, we teach at home, a lot of things that we wouldn’t necessarily have done before.

â€œConstructed forms are becoming more and more important because they define most of our day. This series delves into architecture at a time when we focus on the spaces around us. 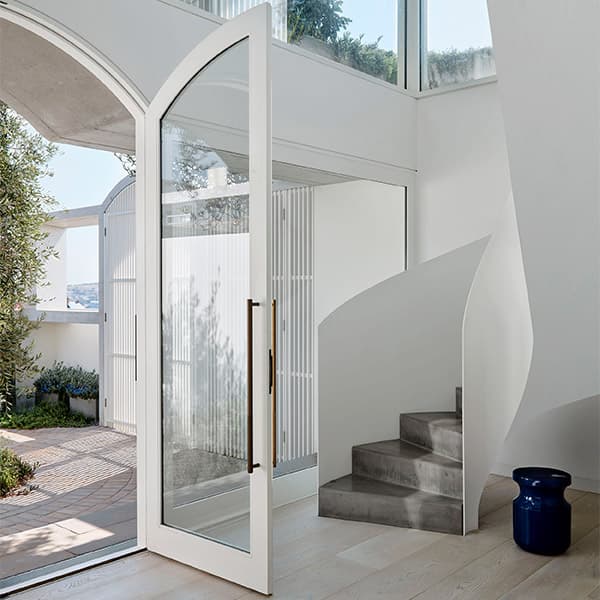 So, is architecture an art form? It can be, says Mitsevich. He believes the 21st century has leveled many old hierarchies in the art world and allowed people to focus on ideas and motivations, whatever form they take.

â€œWe highlight the power of architecture to improve our lives,â€ he says.

â€œArtists have changed form, using different materials and mediums, including architecture. The best kind of 21st century architecture tries to give us a different understanding of form.

â€œIt can be part aesthetic, part engineering, part sculpture. Ultimately, it’s experiential. It all depends on how a work conveys something to you.

He points out that the NGA’s James Turrell Skyspace is both a work of art and a piece of architecture, a mixture of building and sculpture.

READ ALSO: In the country of confinement, it is the little things that are the most annoying

The concept fits perfectly with Canberra, a city conceived in the first place, and the NGA, where the brutalist architecture of Col Madigan is still a stimulating and radical gallery space, a journey through art.

Mitzevich says that there is always a social dimension when it comes to architecture: buildings must work with the people who use them and so, over time, can come to define the values â€‹â€‹of a place or of a particular time.

â€œWe are now going through an era where we really question ourselves, trying to minimize the impact on our world. The future of architecture is even more complex as we consider how to construct a building and walk lightly on the earth both through the resources you use and the impact on the site.

You can find out more about the Contemporary Architecture series here. The series will take place on Tuesdays, September 7-28 at 6:00 p.m. online.