Good evening. Here is the Friday, November 4 edition of Today in Slovakia – the day’s main news in less than five minutes.

For weekend events and news on travel and culture in Slovakia, check out the latest edition of our Spectacular Slovakia newsletter.

A view from the roof of the Slovak National Gallery in Bratislava. (Source: Courtesy of SNG/Martin Deko)

The Slovak National Gallery (SNG) is preparing to reopen its renovated main site in Bratislava. After taking over the newly expanded premises from builder Hornex-Strabag, on October 27, he started the reopening approval process with the construction office.

The gallery will not wait for the interior to be fully outfitted and furnished with exhibits, but rather plans to let people in from December 11 to take a look. Then, permanent exhibitions, a cinema hall, a modern library, a café and a bookstore-gallery will be gradually opened over the next year.

Is the honey from the roof of your office the best in the world?


Beekeeper Tomáš Blaškkovič takes care of the bees on the roof of the Einpark offices in the Petržalka district of Bratislava. (Source: courtesy of Corwin)

The green roof of the Einpark administration building on the edge of the Petržalka district in Bratislava not only serves as a space for employees to clear their heads during working hours: it is also home to thousands of bees. The honey they produce is not only very tasty; it also has demonstrable health benefits. Laboratory tests have repeatedly confirmed its high quality.

The results come as no surprise to beekeeper Tomáš Blaškovič, who takes care of the bee colony. He says Slovakia’s urban environments are actually a lot cleaner than people think.

“Even before that, we had done analyses, including for polluting substances in honey, and we knew that urban honeys are of high quality,” Blaškovič told the Slovak Spectator. 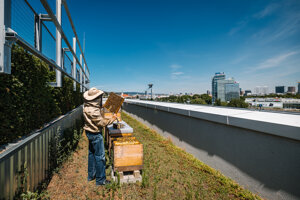 Is the honey from the roof of your office the best in the world? Read more

TOURISM: A boathouse has become the latest attraction of the Ľadovo water reservoir on the outskirts of Lučenec.

SCIENCE: Read an overview of the successes of Slovak science.

TOURISM: The architecturally unique Sláviček Tourist Shelter is a new facility located in the Tŕstie Nature Reserve in the Muránska Planina National Park.

HIT: Rado Varchola tells the Slovak Spectator how he ended up in New York, where he became a successful real estate broker.

If you like what we do and want to support good journalism, buy our subscription online. Thanks.

Picture of the week 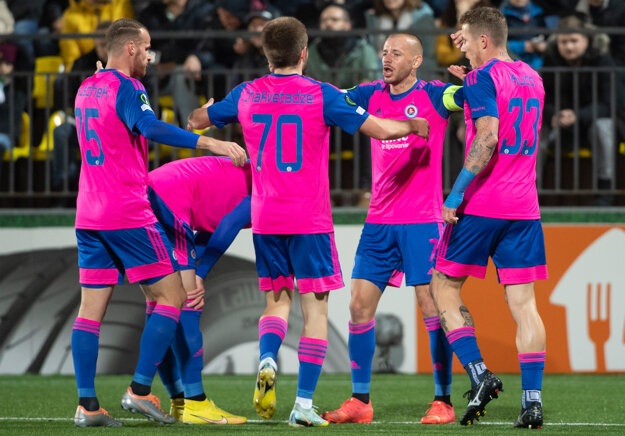 After 53 years, Slovan football team Bratislava will once again compete in the final stages of European-level club competition, in spring 2023. In a European Conference League game on Thursday, Slovan beat Zalgiris Vilnius Lithuanian 2:1 and qualified directly for the round of 16 as Group H winners.

If you like what we do and want to support good journalism, buy our subscription online. Thanks.

birthday of the week

Poľana, one of four biosphere reserves in Slovakiajoined the first celebration of International Day of Biosphere Reserves on November 3 with a hike on the hill of Zadná Poľana. The network of biosphere reserves includes a total of 738 localities. The other three in Slovakia are the Tatras, Slovenský Kras (Slovak Karst) and Eastern Carpathians (Východné Karpaty).

If you have any suggestions on how to improve this news overview, you can contact us at [email protected]