Barack Obama and Michelle Obama visited the National Gallery of Art on April 28. The former president and first lady saw some of James Van Der Zee’s portraits of Harlem in the 1920s and 30s and also toured the “Afro-Atlantic Stories” exhibit that is now.

The Obamas had a private visit. They were presented by the director of the National Gallery, Kaywin Feldman. Curator Diane Wagoner accompanied them on their tour of Van Der Zee’s photographs, and curators Steven Nelson, Kanitra Fletcher and Molly Donovan were with them when they viewed “Afro-Atlantic Histories.” The former first couple ended their tour at Alma Thomas’s “March on Washington,” a 1964 painting in which the DC artist described their experience at the historic event. The White House acquired Thomas’ 1966 artwork “Resurrection” when Barack Obama was in office. 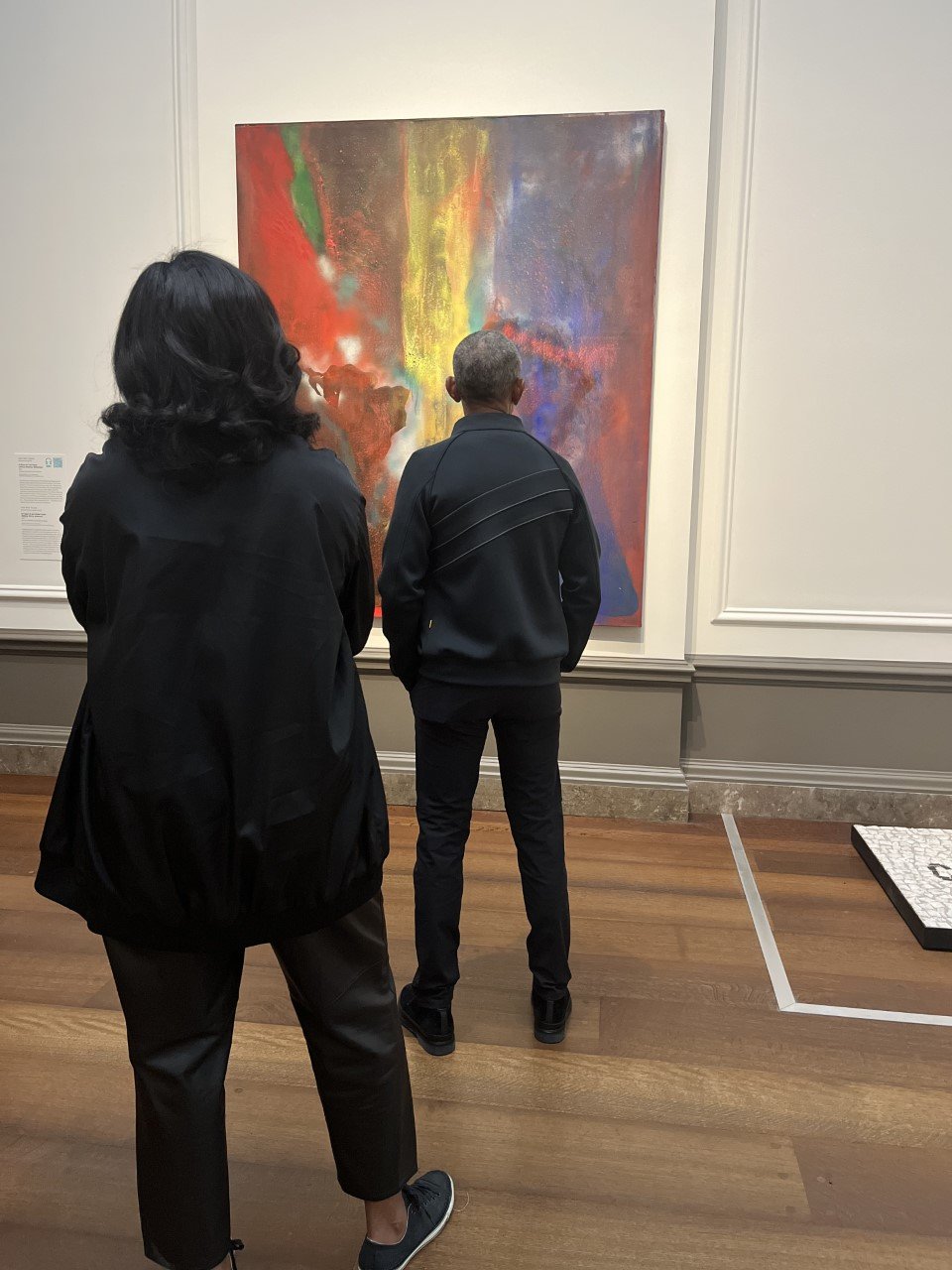 In a statement, Michelle Obama said, “We love seeing the work of artists of color, and we hope museums across the country will continue to accept and exhibit works of art like this for generations to come”.